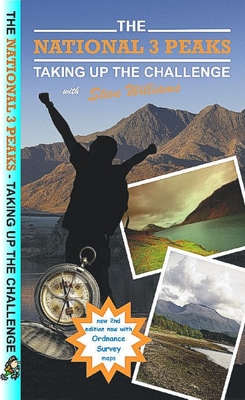 Undertaking the National Three Peaks walk has become a hugely popular challenge. Many 'challengers' are motivated by a wish to raise money for a charitable cause. But as well as that, more and more people are seeking personal milestones in their lives; seeking to test themselves, their stamina, their grit and determination. For many the National Three Peaks provides one such milestone. But it can be even more. It can be great fun, an adventure, a memorable, enjoyable experience of team and individual achievement. For a few it can even be a life changing event.
Sadly for others it can be a failure, a disappointment. One of the most common reasons for this outcome is preparation – or rather the lack of it – combined with mistaken or unrealistic expectations about the event and perhaps even themselves. The Three Peaks Challenge is never going to be a walk in the park. But with proper preparation and know-how it is eminently attainable for most people.
That's the reason for this book. When Steve's team started to plan for the challenge they found information was readily available on routes, timings, advice on training and hillcraft. But nowhere could they find such advice combined with a full account of a successful challenge attempt. What they really wanted and needed was to get a true feel for what they would be facing. They wanted to gauge their capabilities against others who had already succeeded, to identify with the highs and lows and anticipate or forestall their own.

This then is their story, plus suggestions on training, walking routes (including GPS records from the actual paths walked), driving routes, navigation, equipment, meals, and accommodation. Their Challenge Plan ran to 11 pages of text and checklists. It is included for you to copy.

A Germ of an Idea: An overnight bivvy on Scafell Pike; A midnight encounter with 3 Peakers
Decision Time: Should we, shouldn't we? A fitness test; Some early lessons; Finding a support team
Getting Fit: Our training regime; The Yorkshire Three Peaks Challenge; Snowdon x 2; A little upset; A suggested training schedule
Getting Organised: The areas to be planned
Walking Routes: The sequence of the mountains; The Ben Nevis Mountain Track; Scafell Pike routes; The Snowdon alternatives
Road Routes: The possibilities; Ben Nevis to Wasdale; Wasdale to Pen y Pass; Our final schedule
Creating the Plan: Roles and responsibilities; Our team's ground rules
D Day Minus 1: Getting together; Problems with a sat-nav; Drinking too much…
The Real Thing…: Throbbing heads; North to Fort William; Slips, trips and falls; Murk on Scafell Pike; Team issues; Frustration on Snowdon; Success at the end
The Remains of the Day: A return match; Presentations and awards
Reflections: 'I knew you'd make it'; The lasting after effects; Next time
What Passes for Wisdom: A few do's and don'ts
The Plan in Detail
GPS Waypoints & Coordinates: Ben Nevis; Scafell Pike; Snowdon
Accommodation list 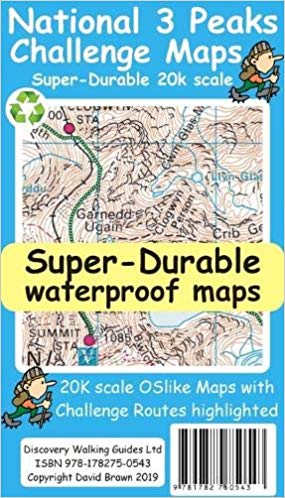